One more time on the state of optimization

I just have to show some of the execution time graphs, and how the have changed after the optimized versions of the respective functions were deployed: 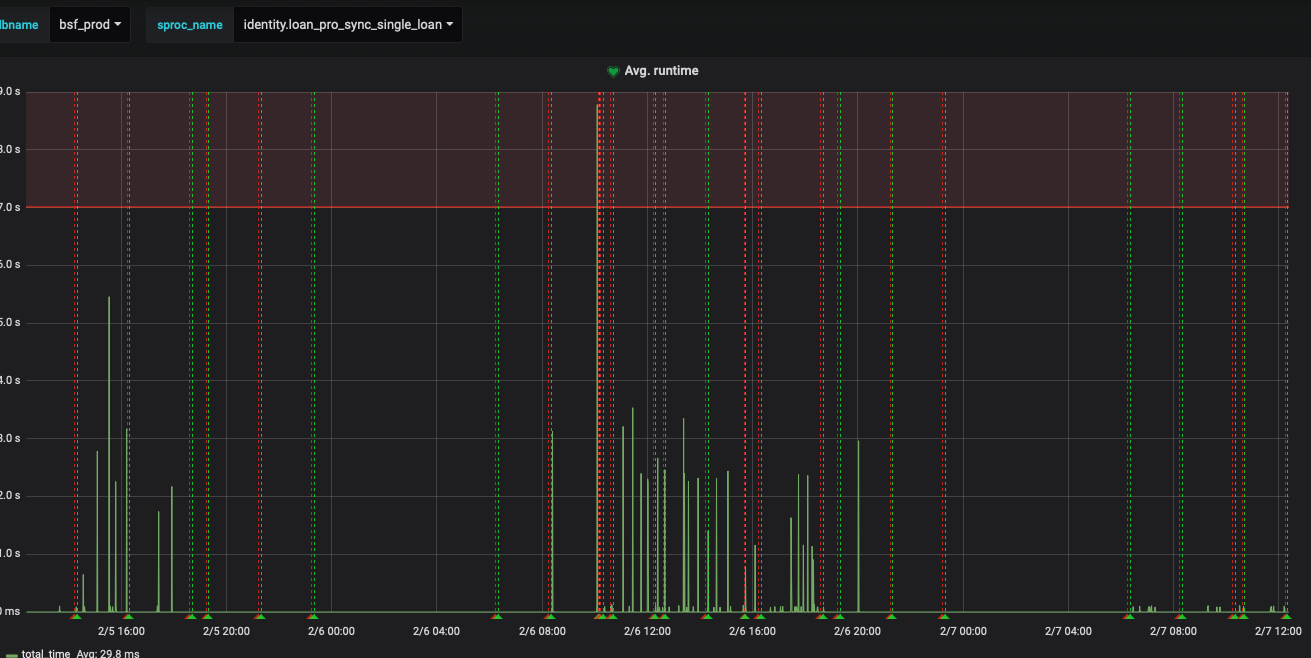 I know that many people are wondering looking at the second image, why I am striving to optimize things which are already running super-fast?

It’s not because I am trying to demonstrate my superpowers, it’s because i know for the fact, that with the database size we currently have, that is the right execution time. What does it mean? it means, that if the execution time is more than that, it indicates the wrong execution plan.

All these optimizations have been performed on our OLTP database, which means that all of these queries are “small queries”, retrieving a relatively small number of records. Which implies, that the appropriate indexes should be used, and that the execution plans should show the NESTED LOOP join algorithm. When I see the execution time of 500 ms, it tells me that there is at least one full table scan inside. Which in turn, means, that the execution time will be increasing, when the data volumes will be growing. Which is not good, if we are building a scalable system.

Another important thing to consider is that all these small queries cannot be “parallelized” to speed up the execution. We are in the OLTP environment, not OLAP. I know that I can’t rely on switching to the larger AWS instance, because 1) this process gets out of control very fast 2) does not help. Seen the execution times like on both of these pictures, like “I can’t see it” just proves, that the functions are performing as expected.